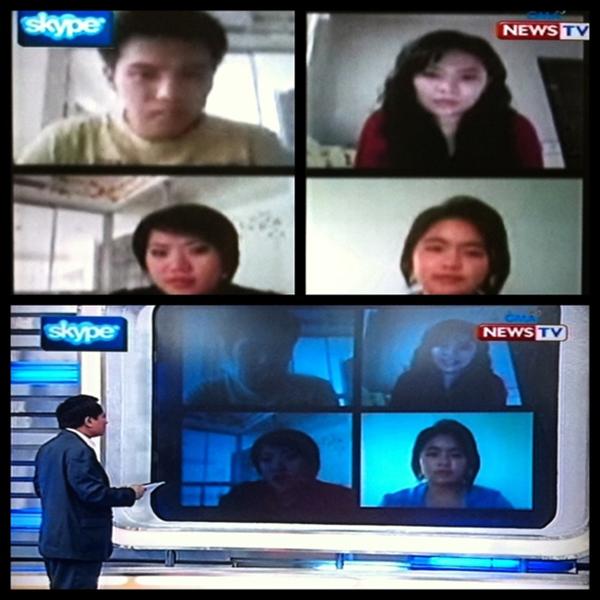 Awesomesauce!!!!! Twestival Manila gone mainstream! First four-way Skype interview with Howie Severino on TV! Well, at least here in te Philippines! Thanks GMA News On The Go for featuring us!

It’s a fun night of meeting friends and new people, and being in the spirit of giving! Because we are Filipinos, we care! See you later! I’m so excited!

* All proceeds of the event goes to JeepneED, the first beneficiary of Twestival Manila.

After four days of waiting, it finally arrived! TWESTIVAL MANILA is happening later 8pm @ LeBistroVert (Fraser Place, Valero st., Makati City.) You all know I ran a contest for the event.

After a draw via Random.org, winners of a TICKET each to Twestival Manila have been identified! Congratulations to @imafakeweeweeand @apz18(who’s my friend Apol pala! Hey, that’s random aah!) Please look at your Twitter direct messages for further instructions. Please confirm BEFORE 1pm. I have drawn two separate pairs to give the ticket to just in case these two don’t confirm. HAHA!

Thanks to those who supported the contest! Moreover, thank you to those who will support TWESTIVAL MANILA! We are making two histories later — One, the biggest tweetup in Manila (so far,) and two, the power of social media in effecting change in our society.

Please come, and partake of this momentous event!
Twestival Manila. Tweet. Meet. Give.

Here’s a map to LeBistroVert, in case you’re confused how to get there :) Again, hope to see you there!

Disclosure: I had a little problem with identifying the participants with this contest (it’s my first time to run a contest via Twitter.) I have overlooked that when you search a private account, you can’t see it. Didn’t know it was the same for hashtags (now I know what to do the next time :P) What I did, though, is that I looked at my followers (whom I was following also, to see their tweets) who are in private and tracked back the contest tweet. Phew.