The world mourns at its loss: A Steve Jobs Tribute

He single-handedly defined a generation. Now that he is gone, the world remembers:

Your time is limited, so don’t waste it living someone else’s life. Don’t be trapped by dogma – which is living with the results of other people’s thinking. Don’t let the noise of others’ opinions drown out your own inner voice. And most important, have the courage to follow your heart and intuition. They somehow already know what you truly want to become. Everything else is secondary.

The  family he made and nurtured looked back to the one who thought different.

Google. Rivalries are set aside and heads are turned to the worthy enemy.

For those whose lives are changed, whose works are eased, whose idle times are made worthwhile; Steve Jobs and his work will always be a sweet memory.

He’s a rockstar in his own right.

His work equaled his passion. He brought good times. To you, and to the whole world.

He is a leader, an innovator. A thinker.

The passion from which he did things is admirable.

He defined the new crazy and he bid you to be one. For when we are without inhibition, you are at your best.

He did not only make a brand, he made a religion. 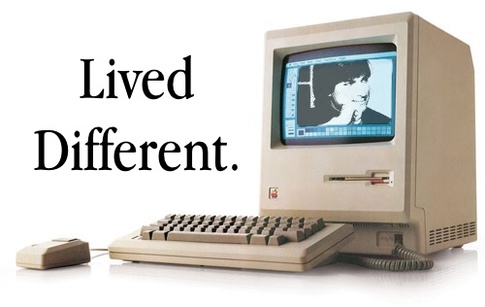 Steve Jobs was the greatest inventor since Thomas Edison. He put the world at our fingertips.

Indeed we have lost a rare gem. The world mourns, the world remembers. Rest in peace, Steve Jobs.

Mashable: Steve Jobs Remembered: 10 of His Most Magical Moments

Went to Silverlens Gallery to have some much-needed clearing of the mind. Though I never really formally understood art, there is this certain calm I acquire whenever I experience one.

I calmly approached the guest book and signed, only to notice that I my name followed THE Carlos Celdran. A quick turn revealed a comic middle-aged man. To the point of frivolity, I could hear his voice from a distance. I shied away from the thought of having my picture taken, but it was indeed an honor already to be in the same space as the Anti-Damaso himself.

There is an incredible calm in this painting.

Posted with WordPress for BlackBerry.