Now you all know about the cartoon profile picture campaign in Facebook. After Addams Family, I want to give tribute to one of my childhood heroes, Pokemon. 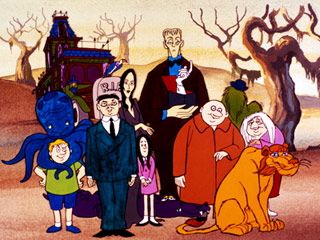 But damn, I can’t pick that easily because they are many, like 649 species many! These are my top picks though: 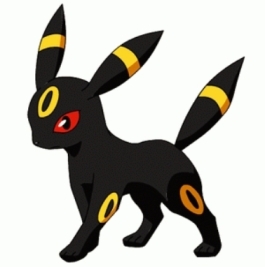 Dark is my favorite type of Pokemon, and Umbreon is one of the first dark-type Pokemons to come out. Actually, I am tempted to show all Eevee evolved forms!

Never played Pokemon card game, but the Red Gyarados is a special Pokemon from the Gold/Silver version in the icy Mahogany town. Gyarados is a mainstay in my team of six (always, in all versions that I played) and I had the red one when I played the Gold version. I didn’t know that you can get this in the Diamond/Pearl/Platinum version until just now doing this entry! *Finds my DS*

Bulbasaur is the first Pokemon that I loved and had, Pikachu didn’t even come close (Sorry, Pikachu.) This shot is from Pokemon Snap, one of the few games from N64. The love for Bulba transcended in my choice of the starter Pokemons in the future versions. It’s always the grass-type that gets my attention! Again, I am tempted to post Bulba’s evolution and all the grass-type starter Pokemons.

Celebi is a member of the Elite called Legendary Pokemon. Legendary Pokemon are… 1) hard to find, if you can find them at all, 2) extremely powerful and the savior of your winning team, 3) usually the Pokemon featured in the Pokemon movies, 4) gives you bragging rights because you have them, and 5) just superlative cute. I used Celebi once in Pokemon Stadium 2 (another N64 game) and to my utter disappointment, not that powerful to start with. Celebi is a grass-psychic type of Pokemon, the star of Pokemon 4ever, and is just so cute!

Dragonair, by far, is the most elegant looking Pokemon in my book! And can deliver killer hyper beams! I did not even let my Dragonair evolve into a Dragonite!

Let’s go Pikachu descendants! Plusle and Minun looks like Pichu, only that they are charged positively and negatively respectively (Pikachu is an electric Pokemon, fyi.) I am not in tune with the Anime series now, but all I know is that they appeared already, somewhere in the latest season. I didn’t catch any of these two, but I just like the plus and minus sign.

Actually, I would really like to add a lot more, but I think, my website will crash if I do. There is too much in Pokemon to love, rave, and just crazily go mad about. It’s my childhood – the series, the game, the fandom. This Facebook craze has gone too far for me to make this post. And I hope this helps to stop juvenile violence around the world.

Pokemon is currently in its fifth generation. Pokemon Black and White (very minimalist!) is already released in Japan, but I can’t read Niponggo, so I will be waiting for the NA release. It will be released in North America Spring 2011. I can’t wait!

This entry was posted in Design, Film, Games and tagged blabs, Childhood, Pokemon. Bookmark the permalink.